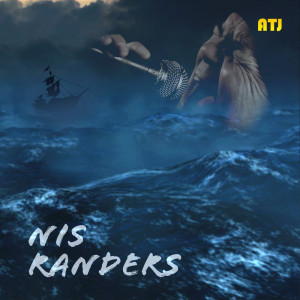 Crashing and howling and bursting night
Darkness and flames in raging hunt
A cry through the surf!

And burns the sky, so one sees well:
A wreck on the sandbank! Still rocks it the flood;
Just the abyss takes it!

Nis Randers looks - and without haste
he speaks, "There is another man hanging at the mast.
We need to get him."

There grabs him the mother, "You don't get in:
I'll keep you, you're the only who stayed.
I want it, your mother!"

Your father is drowned and Momme my son:
Three years lost already is Uwe.
My Uwe! My Uwe!

Nis steps on the bridge. The mother after him.
He shows to the wreck and speaks slowly:
And his mother?"

Now he jumps in the boat and with him six:
High, hard Frisian plant;
Already are whizzing the oars.

Boat at the top, boat below, a dance of hell!
Now it must shatter...!
No, it remained entirely!...

How long? How long?

With fiery scourges, whips the sea
man-eating horses hence;
They are snorting and foaming

How panting haste they forces together
One on the neck of the other jumps
With stamping hooves.

Three weather together! Now the world burns!
What's there? - A boat, that keeps landwards -
They're there! They're coming.

And eye and ear in the darkness tense...
Quiet - Is there crying somebody? - He screams it through his hand:
Tell it to mother, it's Uwe!"